Boxing Rules for Amateurs and Beginners

by David Walker on 22nd December 2021 in Boxing Training

Due to the nature of combat sports, those who take part can be put into situations where there is real potential to get hurt if the appropriate rules and regulations aren’t in place. Fortunately, boxing has been around long enough to develop the types of rules required to keep fighters safe and ensure the sport is as fair and competitive as possible. But what are the boxing rules for amateurs and beginners?

Good question! And one you should most definitely know the answer to if you intend to lace up a pair of gloves and fight (even if it’s just sparring). In this post, we’ll provide a helpful guide for the essential boxing rules you need to know, including universally accepted rules for boxing at all levels, as well as those that only apply to amateur level bouts. 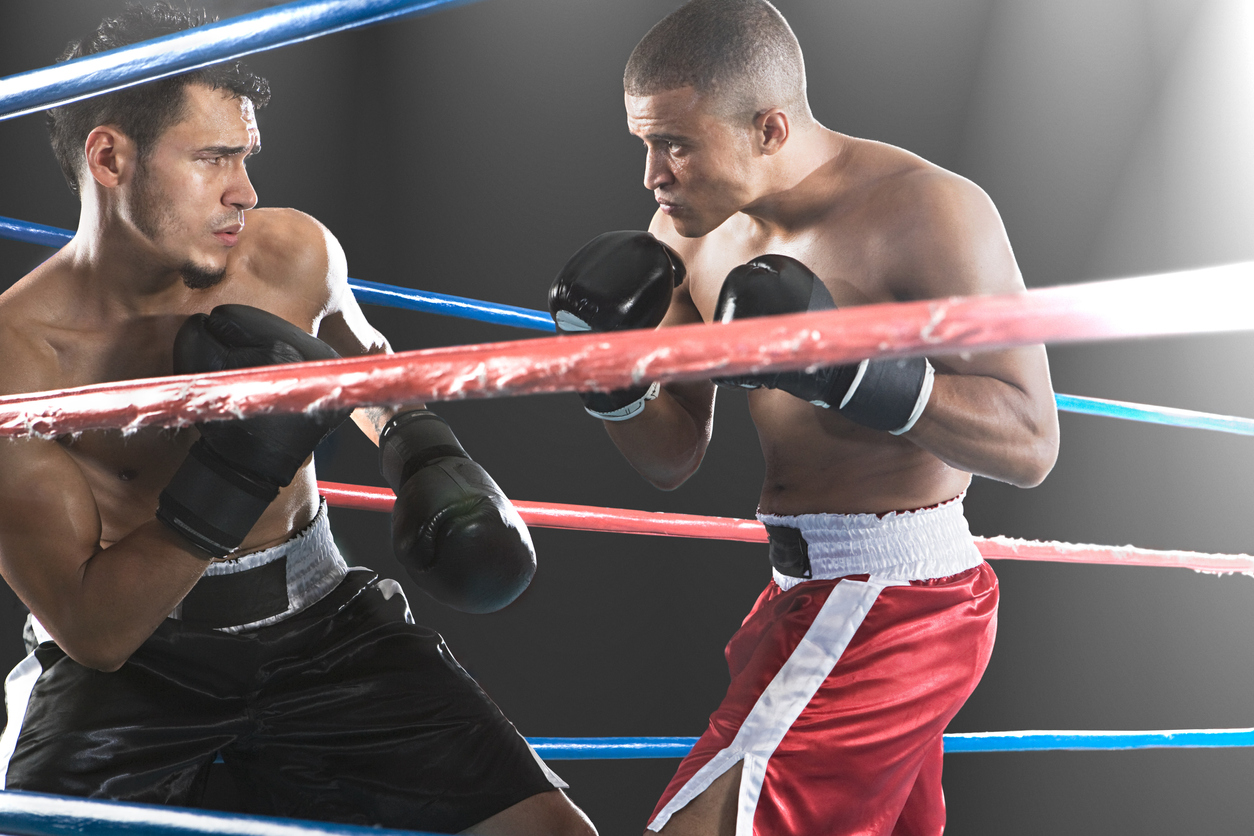 As we mentioned, some rules apply to boxing at all levels and tend to be universally accepted. However, these rules only apply to traditional boxing, not variations such as kickboxing, Thai boxing and MMA. The conventional boxing rules include: 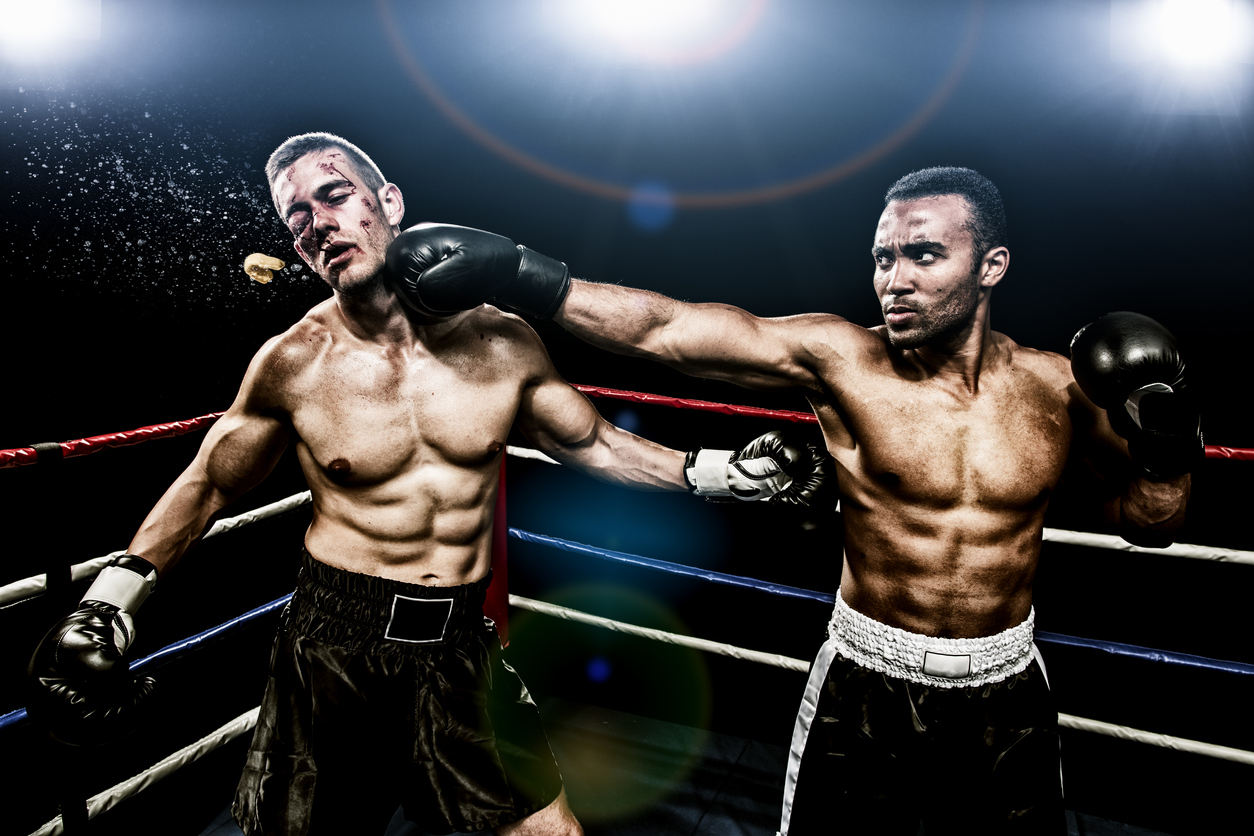 Breaking the rules in boxing isn’t something that judges or referees take lightly, as doing so puts the physical wellbeing of others in jeopardy. Therefore, rule-breaking or ‘fouls’ are not tolerated and can incur a range of punishments. In most cases, a foul will incur a warning or a point deduction, but it can lead to disqualification in more serious situations.

If a fighter injures an opponent using illegal strikes such as a headbutt and the latter is unable to continue, the former will be disqualified. However, if their opponent was able to continue despite the injury, there may well be a two-point deduction to level the playing field. 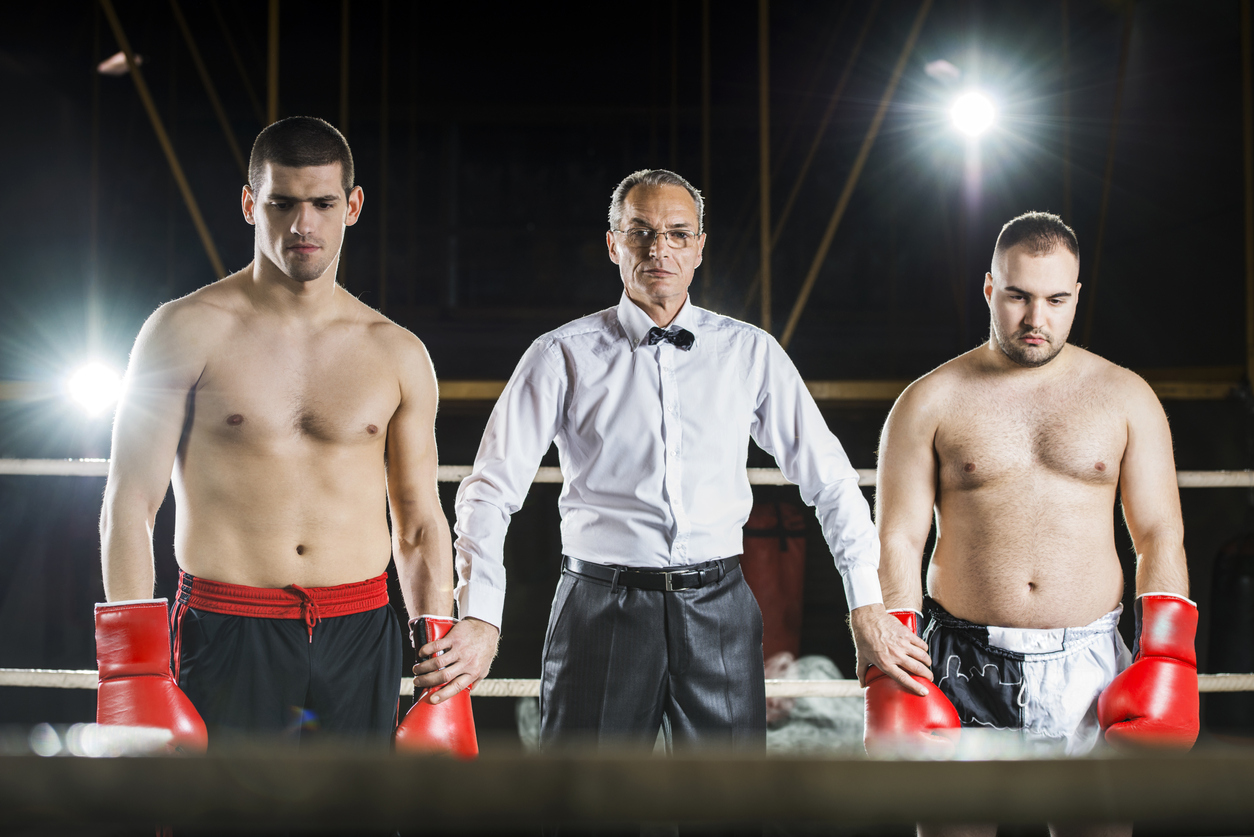 In professional boxing, there’s a ten-point scoring system for each round. Each fighter is scored from one to ten every round, and the total scores decide the winner (unless there’s a KO/TKO). In most cases, the winner of the round gets ten points, and the loser gets nine. Or eight points if it’s very one-sided.

Amateur boxing scoring is a lot simpler when compared to professional bouts and a lot less subjective. Amateur boxing fights have a scoring system that counts each individual strike landed by the fighters. As you can guess, the most strikes win.

So, we’ve covered the conventional scoring system with boxing. But what about the various outcomes that can occur at the end of a boxing match? Below, we’ll cover every possible outcome according to modern boxing rules. 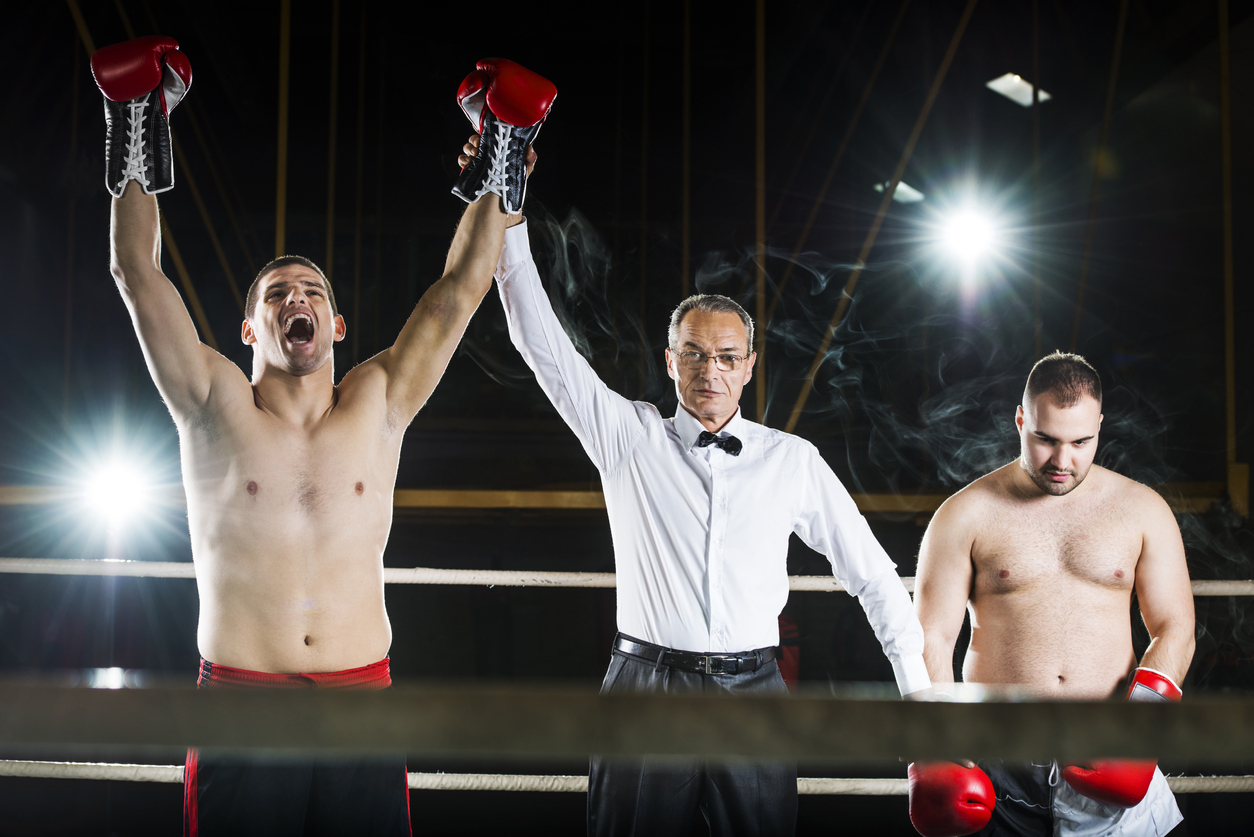 Majority Decision: A majority decision is where two judges pick one fighter as the winner, and the other judges the bout as a draw. The fighter who receives two votes wins the fight.

Split Decision: Exactly what it says on the tin! A majority decision is where two judges pick one fighter as the winner, and the remaining judge picks the other. Therefore the fighter wins by a 2:1 ratio. 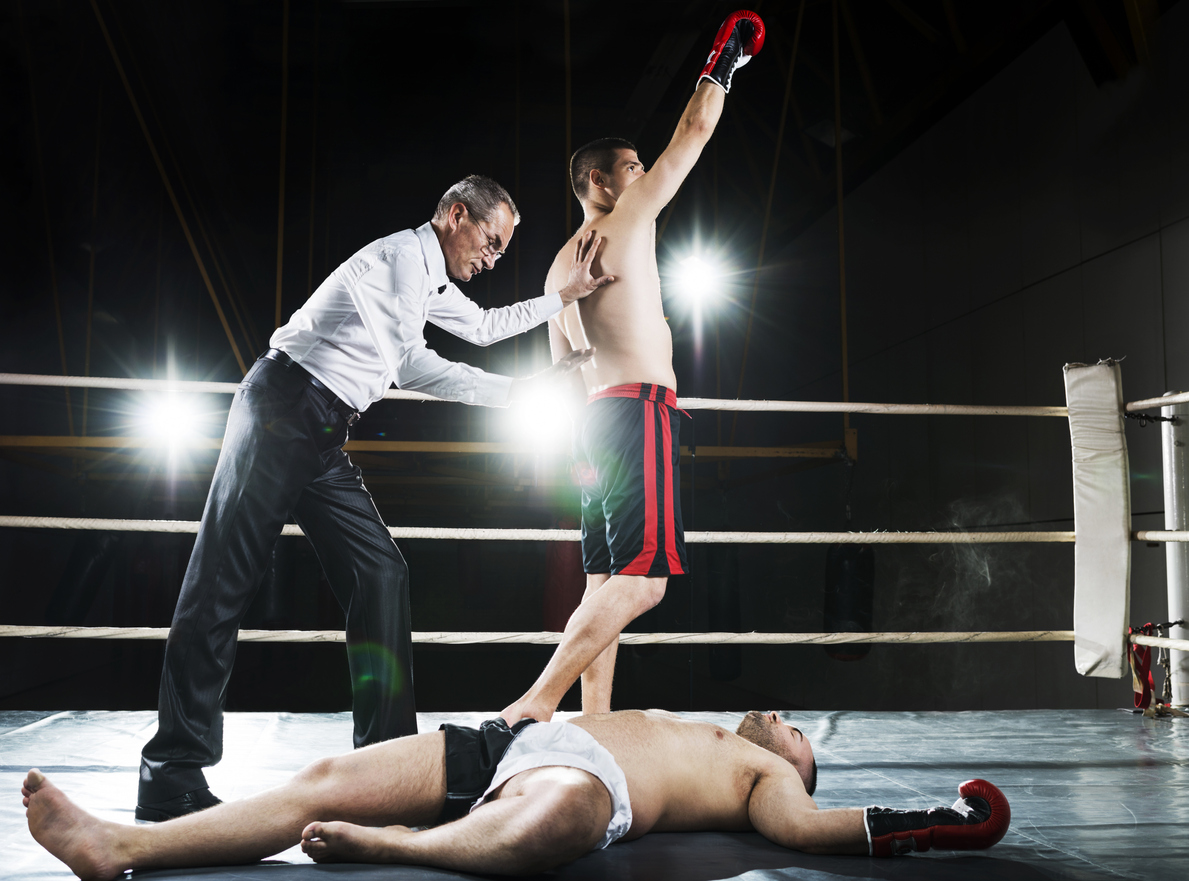 “In the boxing rink, one boxer has received a knockout and is lying on the floor. The referee pronounces the winner.”

Knockout (KO): A knockout occurs when a fighter is deemed the winner due to their opponent being rendered unconscious by strikes and therefore are unable to continue fighting.

Technical Knockout (TKO): A technical knockout or ‘TKO’ is where the referee decides a fighter is unable or unfit to continue and therefore stops the bout. The other fighter is deemed to be the winner! 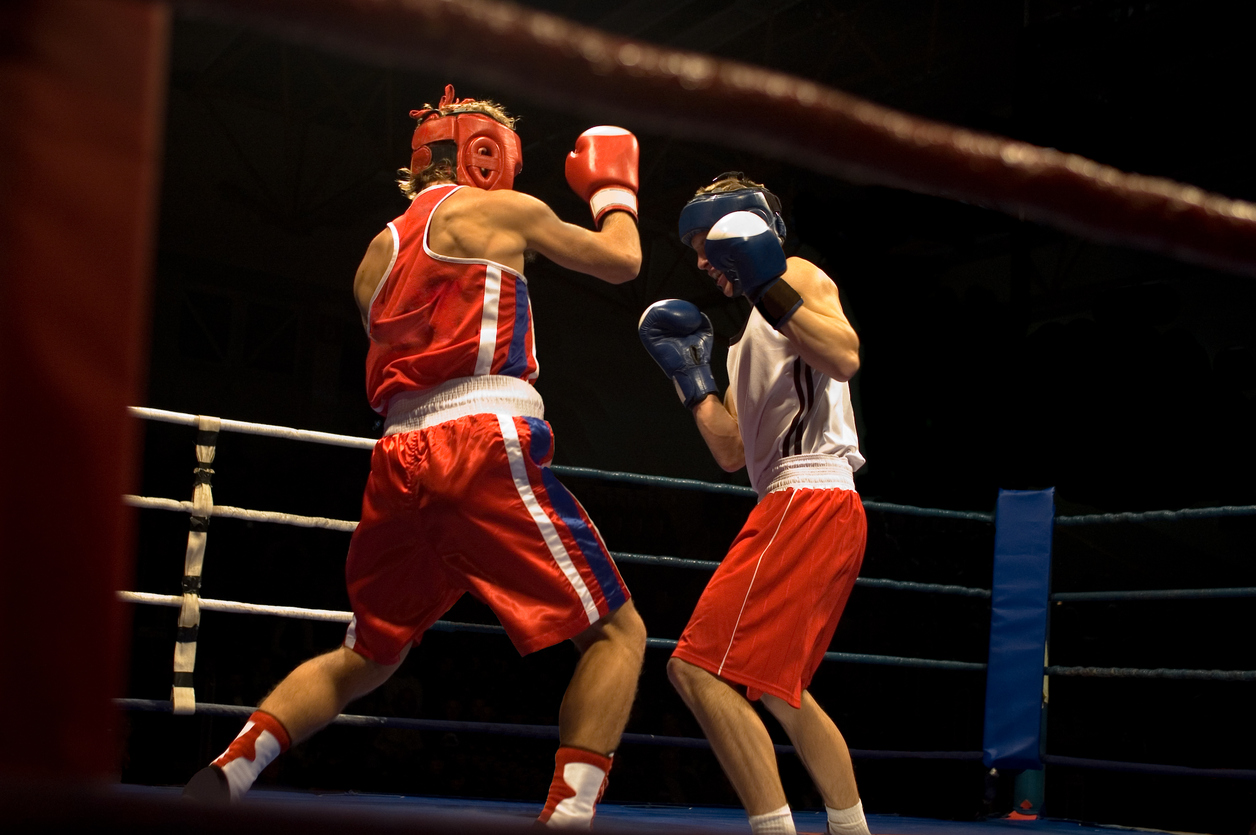 Split Draw: A split draw is where each judge rules differently — the first judge votes in favour of fighter A, the second votes for fighter B, and the third judge decides it’s a draw. The result is a draw.

Majority Draw: In this instance, two judges will vote in favour of a draw while the third judge decides that one fighter is the winner. Regardless of the latter, the result is a draw.

Unanimous Draw: All three judges decide that the result of the fight is a draw, and therefore, the final result is a draw.

Technical Draw: A technical draw is less common as it’s used when the judges cannot make a decision due to an accidental injury such as a cut from a headbutt. As it’s an accident, neither fighter is at fault, and the result is a draw. 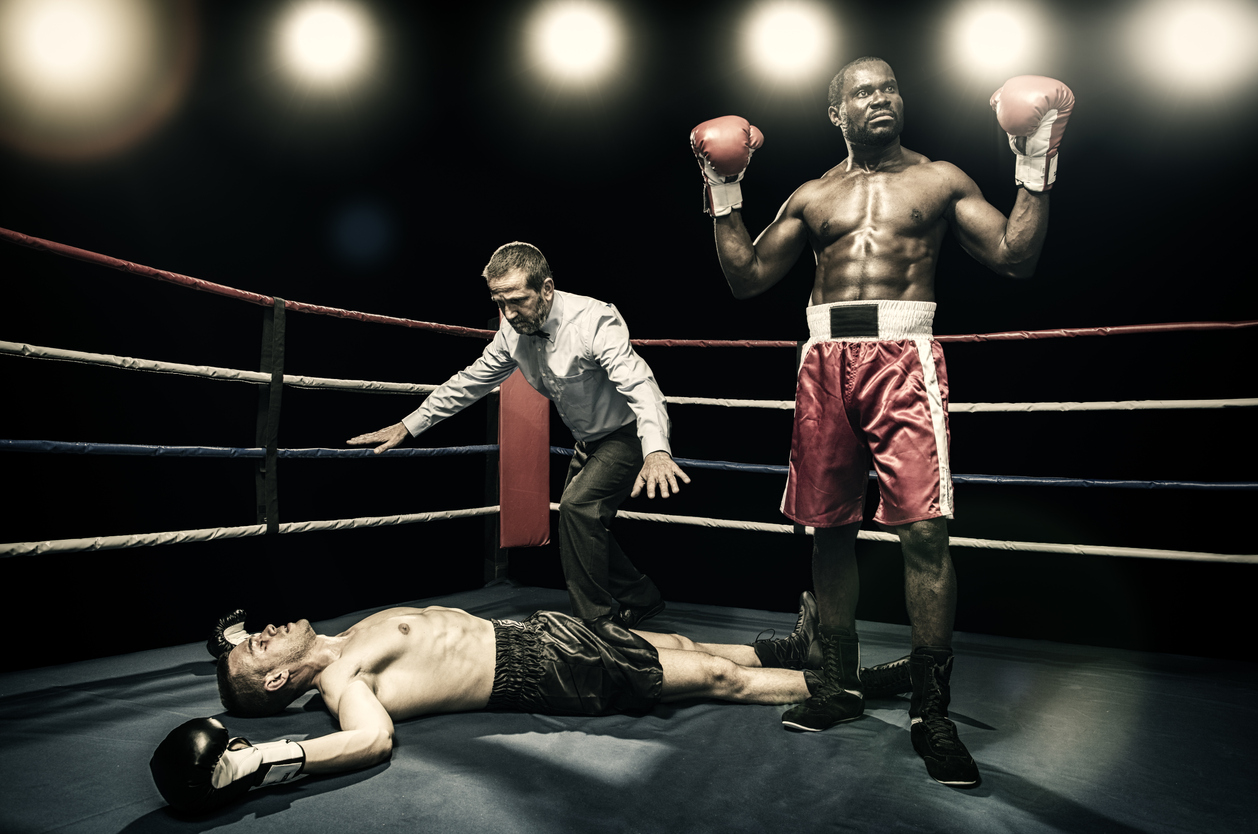 Fighter Submission: This is where one fighter decides that they cannot continue (often due to injury or exhaustion) and decides to surrender. The other fighter automatically wins.

Referee Technical Decision: When a fighter either cannot or opts not to come out of their corner between rounds, this is known as a referee technical decision. The fighter who intended to continue is deemed the winner.

Doctor’s Stoppage: While it may be less common in amateur boxing due to the increased protection — a doctor’s stoppage is still very possible. This occurs when a fighter has sustained an injury and is unfit to continue. In many cases, this comes in the form of a cut requiring stitches or when a fighter’s vision is compromised.

Are you looking to learn more about boxing rules, techniques or the best types of boxing gear to suit your needs? Check out our blog for essential guides and advice, as well as our online store for all your boxing needs!