The boxing industry: As fragile as it is brutal

Home > News > The boxing industry: As fragile as it is brutal

In a whirlwind past few weeks, the world has been struck by panic, confusion and fear due to the Covid 19 virus that began in Wuhan, China and spread rapidly across the globe.

With many European countries now in full lockdown, sport amongst many other things has felt the ramifications.

The Italy vs Ireland Six Nations rugby fixture was not permitted to go ahead, NBA matches were suspended from March 11th and the Premier League have stopped all matches until at least April 23rd.

Impact on the boxing industry

Boxing too has not been without impact, especially across Italy and Spain.

So far, the UK boxing scene hasn’t been directly affected by a ban on boxing events. However, the rumour mill is in full swing that one is coming. With the possibility of an enforced postponement of boxing events and a restriction on travel, the big question is, how will our sport be affected?

Unlike other sports that have a league table, schedule of fixtures and financial safeguards in place, boxing sits out on a limb. Stating the obvious slightly, if boxers’ don’t fight, they don’t get paid and if they don’t get paid they can’t pay their bills etc.

Therefore, it’s easy to see how a ban could have potentially career devastating effects on some boxers. 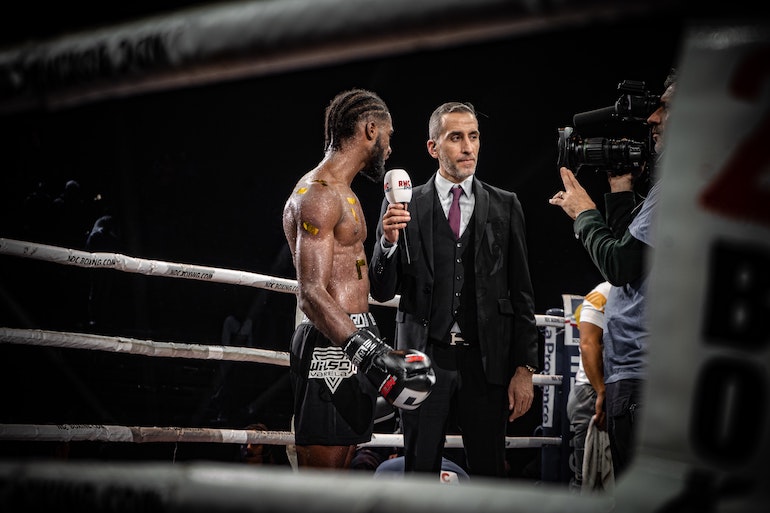 Problems for the wider network

As well as the boxers themselves, there are also the networks to consider. With a country on lockdown and nothing better to do than watch TV or stream then a lack of content would also hit the networks hard in the pocket if they are unable to engage viewers.

A simple solution may be to host the shows behind closed doors, providing the networks with content and the boxers with purses. Minimising exposure to thousands of fans, whilst also keeping both parties happy.

However, two factors make this an uncomfortable solution at best. Firstly, the third party in the equation, promoters, rely heavily on ticket sales to earn money from the shows.

No punters mean no ticket money and this would certainly dent their bank balance, with promoters effectively the puppet masters in boxing with a large degree of control, this probably means that it won’t happen.

Secondly, UK fans are a huge part of boxing, perhaps more than any sport in any other country. The sterile nature of a big fight without any crowd, in a small venue or manufactured setting, would almost certainly have an effect on performance, build up and the way it is received by the viewers.

The short term future for boxing remains uncertain and in all honesty, it is low on the government’s priority list.

However, health concerns aside there will undoubtedly be casualties in the boxing industry both emotionally and financially. All that we can do is keep our chins down, hands up and keep punching until the storm passes.

You can still train like a pro from the comfort of your own home with a Cleto Reyes Round Punch Cushion.