The art of lateral movement in boxing

Home > News > The art of lateral movement in boxing

I watched last night with interest as Latvia hosted the semi-final of MTK’s Golden Contract tournament. The headline act was an intriguing matchup between Hosea Burton from Lancashire and Ricards Bolotniks of Latvia. But, this match lacked one boxing fundamental, lateral movement

Burton stood with a three-inch height advantage over his Latvian opponent and had a significant reach advantage to boot. Bolotniks fought with a high held guard, protecting his face always and aimed back up to the travelling man and bomb him against the ropes.

Burton looked strong early doors and started fast, utilising his stiff jab, trying to whip in combinations to the head. Bolotniks was able to back his man up and caught him with a series of jolting hooks in the middle rounds. By the seventh, Burton’s face was bloodied, and the flow of the fight had turned to favour the hometown hero. 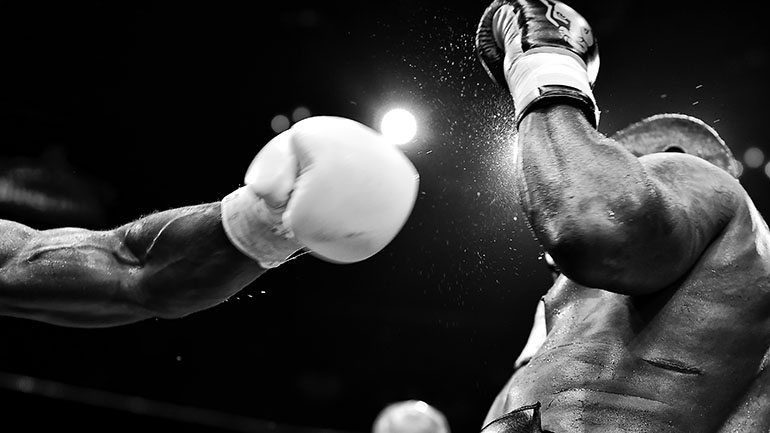 Relentless attack from the Latvian

Bolotniks was relentless in the three rounds that followed, and the referee twice gave Burton a count in the ninth round as the ropes kept him off the canvas. Bravely, he dug in to survive the remainder of the fight, but it was clear at the end of the tenth round that Bolotniks had done enough to get the win.

It was disappointing that Hosea Burton was unable to achieve victory despite so many physical advantages in the fight. He was strong in the opening rounds but neglected to move his head or upper body in the face of constant pressure. He also moved backwards in straight lines, allowing Bolotniks to manoeuvre him into the corners.

Burton descends from gipsy bare-knuckle royalty and has solid fundamentals which make him a dangerous boxer. However, a criticism that has been levelled at many Joe Gallagher trained boxers is that they lack lateral and head movement, making them an easy target to hit. Burton seems to fall into this category but with a few minor alterations, he could improve his chances of competing at British and European level.

Moving off the line of attack is vitally important for boxers wanting to compete at the highest level. This can be done using footwork, as we have talked about previously, or lateral and head movement. There are obvious examples of boxers that employ this over the years, including Tyson Fury and Prince Naseem Hamed but the ones that have done it more subtly would include the likes of Rocky Marciano and Joe Fraizer.

Since his defeat to Floyd Mayweather in 2013, Canelo Alvarez has been much more active in his defensive movements. Even in his training videos, it is clear to see that after each attack he is mindful of moving his head and upper body away from potential counter punches. Hitting and not getting hit is the aim of the game and using movement to its full advantage will certainly help to achieve this.

If you’re training to get in the ring, movement in your attack and defence is an essential skill. Level up your training with a pair of Cleto Reyes Sparring Gloves.