On the 29th of February 2020, a little known flyweight from South Wales will travel across the Atlantic in a bid to become the 13th Welsh World Champion. Jay Harris, from Swansea, will tackle the fearsome Mexican puncher, Julio Cesar Martinez, for the WBC title.

Martinez first came to the attention of UK fight fans 12 months ago when he shocked the highly touted Andrew Selby by stopping him with a body shot in the 5th round of their world title eliminator. 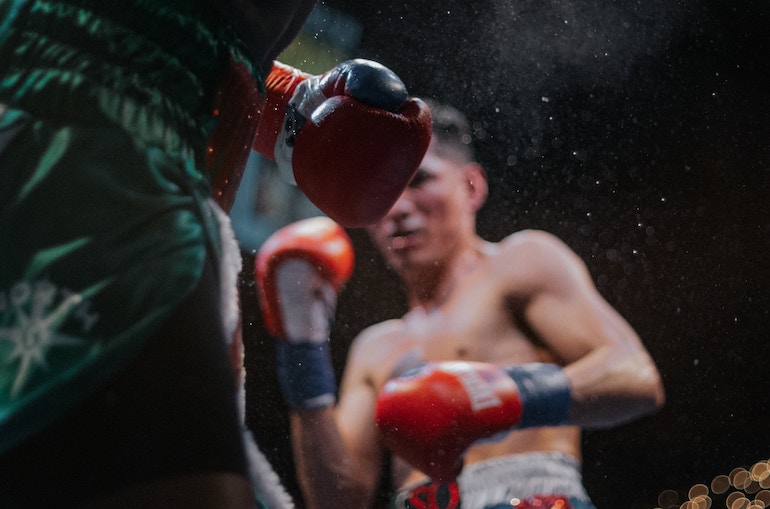 Since then, Harris has wreaked havoc amongst the flyweights by breezing through a meet with champion Charlie Edwards and then knocking out former world champion Cristofer Rosales in his fourth knockout of 2019.

Often in the shadow of his compatriot Andrew Selby, who exhibited a flashier and more extrovert style, Jay has had to prove his credentials the hard way. Without the benefit of a big name sponsor and an unfortunate position in a less mainstream weight class, Harris still works night shifts at an Amazon warehouse to pay the bills.

After capturing the Commonwealth title in 2017, he said that he had been “side-lined” by then promoter Frank Warren as questions over the direction of his career were being asked.

However, a promotional switch and new link up with MTK Global brought a change of fortune to the humble flyweight and 2019 became a standout year for him.

In June, Harris overcame Angel Moreno in an impressive display to capture the EBU title. He followed this up with a chilling body shot stoppage over Irishman Paddy Barnes to close out the year.

The team behind the boxer

Jay is trained by his father, Peter Harris, a former British featherweight champion. And, since turning professional in 2013, Harris has been managed by former world champion and highly revered trainer Gary Lockett.

The years of boxing wisdom backing Jay Harris have no doubt contributed to his continuing improvement as a fighter. This experience will be essential when he faces off against Martinez at the end of the month.

As far as the fight goes, it is going to be a big ask for the hardy Welshman. And one which will require all of the guile and experience of his team.

Jay is an excellent technician and he’ll have to devise and execute the perfect plan to pick apart the bullish onslaught which will almost certainly be coming.

Martinez can definitely be outboxed but, akin to his fellow WBC champion Deontay Wilder, he only has to hit you once to close the show.

Ahead of the big fight, why not get in shape like a pro with a pair of Cleto Reyes Sparring Gloves?